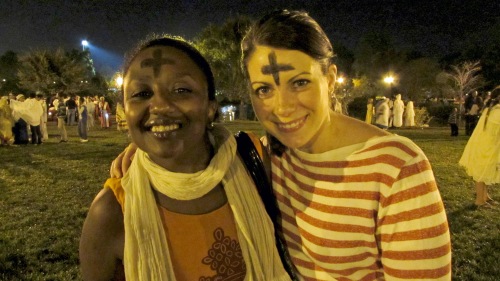 Ashes to Ashes: Ethiopia and the finding of the true cross

Edna, my sister-in-law, called me on Friday evening: I know this is super last minute, but I just found out that there’s a big event at the park to celebrate today’s Ethiopian holiday. It’s about the finding of the one true cross, and— I cut her off. You mean Ethiopia not only has the Ark […]

A glimpse into life on Lake Tana, Ethiopia

On the day we hiked to see the waterfall in Bahir Dar, I had been fighting signs of the ferenge1 sickness—the common food-borne illness suffered by foreign visitors. When we awoke the next day, I begged to skip out on our tour of the monastery-filled islands on Lake Tana … but my begging was not […] 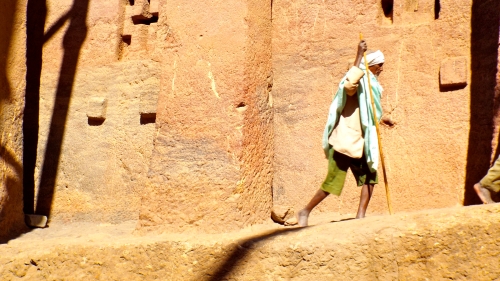 The Queen of Sheba and the raiders of the lost Ark

I can’t remember when I first learned about the Queen of Sheba’s love affair with King Solomon. In fact, I think I tried to correct my Ethiopian friends, “You mean Samson and Delilah, right?” And besides, why do memories of childhood Sunday-school classes keep resurrecting themselves in the context of Ethiopian emperors? The trouble is […]

Ethiopian grief: A primer for the uninitiated

The news reached us the morning after I posted my last story. Three friends of my brother-in-law had been killed in a highway traffic accident during the prior evening’s rush hour. One friend, his closest, had been injured and was in critical condition. I had met two of the boys in passing on one or […]

So our tour guide leads us through a series of panels depicting familiar Bible stories — the parting of the Red Sea, the birth of Jesus, the exile into Egypt — then he points to the image above and says, “And this picture shows when St. George slayed the dragon.” My Roman Catholic education must […]

Did you know that beyond the Greek and Roman ruins, beneath the Egyptian pyramids, and deep into the Abyss (i.e. Abyssinia aka Ethiopia), there exists a collection of 11 churches, all formed from excavated rock? Commissioned by King Lalibela of Ethiopia about 900 years ago, legend says that the whole collection was built in only […]