Like many other 80s children, I once stared at a plate of liver and onions for an entire evening—refusing to succumb to my parent’s guilt-trip in the name of starving children in Ethiopia.

My husband hates that story. The famine certainly marked a dark spot on Ethiopia’s history, and it deserves more attention in a future article … but it drives him nuts when new friends greet him by conjuring up memories of “We Are the World” and dollar-a-day Save The Children commitments.

Here’s what his vision of 1980s Ethiopian children looked like: 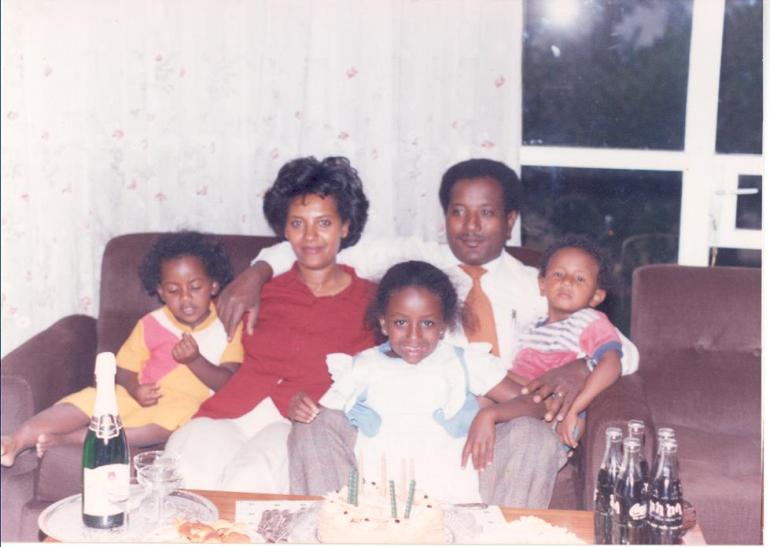 How is it that an intense burst of television coverage in 1985 caused a generation of Americans to understand the entirety of Ethiopia to be something different? Again, it’s not the gravity of the circumstance, but the result of extreme over-generalizations leaving us without the fuller picture.

I fear the continuous replay of Ebola-afflicted townships in Liberia, Sierra Leone and Guinea could leave similar, lasting impressions. The problem is that this time—geography has been simplified to cover the whole African continent, rather than a discrete portion of it.

By now, you’ve probably read the Slate article about U.S. efforts to prevent Ebola by isolating travelers fresh from Zambia, Rwanda and Uganda. Similarly, a kind friend let me know that the Alemayehu family has been added to the church prayer list so that we too can escape its danger.

While I fully support efforts to isolate Ebola, such efforts are only beneficial when they actually mitigate a risk. So I was curious to see how easily someone from Monrovia, Liberia could get to other parts of Africa. This is what Google told me:

It strikes me that we have lost our sense of geography. My brothers and I used to watch Where in the World is Carmen Santiago? in hopes that we could beat our aunt Stephanie at the geography questions in Trivial Pursuit. I also remember un-learning names like Yugoslavia, Burma, and Zaire, so maybe along the way it just became too hard to keep up with the changing global political landscape. Whatever the case, it’s important to remember that a lot has changed since we were first holding hands, making the world a brighter day, just you and me. Let’s remember that 30 years from now when Ebola is gone and the afflicted countries, including ours, are in a better place.

About Ashley Saw the World