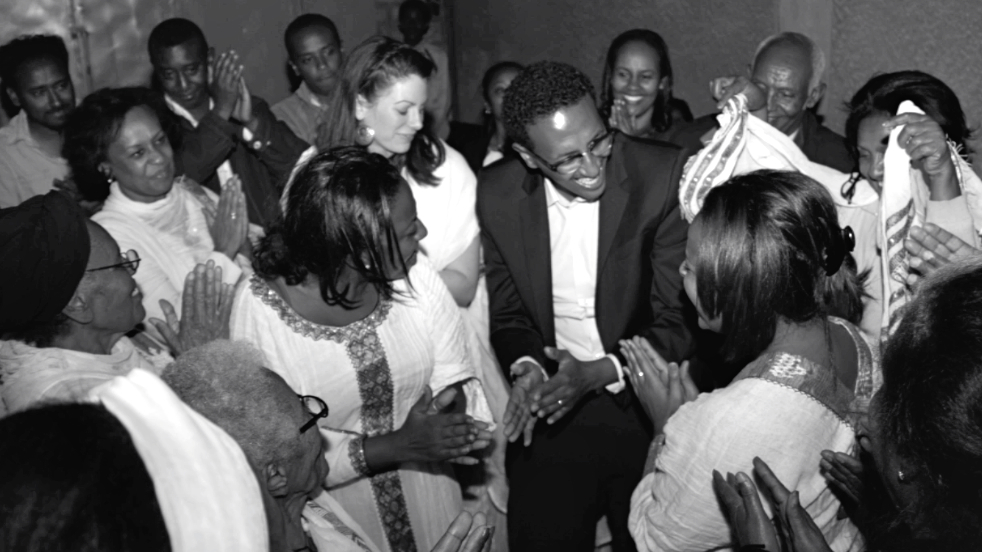 It has been many months now since I traveled to Ethiopia, and although I kept notes in an old-fashioned Moleskin journal, technology limitations prevented me from sharing that experience with others. So I thought I would share this with you in the typical Ethiopian way … a bit late.

In fact, the Ethiopian calendar runs more than seven years behind those of us following the Gregorian calendar. It squeezes in a short 13th month of only five-to-six days, in addition to its 12 months of 30 days each, which explains why you might have heard Ethiopia sometimes referred to as the “Land of 13 months of sunshine.”

To add to that, each Ethiopian day begins at sunrise –a commonsense alternative to marking the day at an arbitrary moment in a night’s darkness. But this spark of brilliance, however, means that clocks run six hours behind the international standard. It also means that one can stop into a café for an afternoon macchiato and take note that it is only 10 o’clock.

To add to the confusion, bilingual speakers automatically adjust the time depending on if they are speaking a non-Ethiopian language (e.g., English, French) or Amharic, the most widely spoken language in Ethiopia, or a local dialect. That means that my husband could turn to me and say, “Let’s meet my aunt at 3 o’clock,” and then turn and tell his aunt in Amharic that we’d meet her at 9 o’clock. From what I understand, this presents a lot of confusion when folks from the rural parts of the country attempt to make their trip by plane, but arrive at the airport half-a-day late …

In the end, the first thing about enjoying Ethiopia is recognizing its limited importance on time. As an avid list-maker and rule-follower, this was the hardest adaptation for me to make. In fact, I found an entry in my journal that shows the beginnings of my struggle:

And now, as I am hours away from reaching Addis Ababa, the capital of Ethiopia, it is time for me to bid the list-making goodbye. I could tell by the boarding process that the attendants wouldn’t even bother boarding according to groups or zones. They knew that the only way was to let it be a free for all. They started boarding 45 minutes before the scheduled boarding time (meaning, an hour-and-a-half before our scheduled departure), yet we still left at least 30 minutes late. People were cutting in line … or perhaps, completely oblivious to the existence of a line …

All right, culture shock. Bring it.